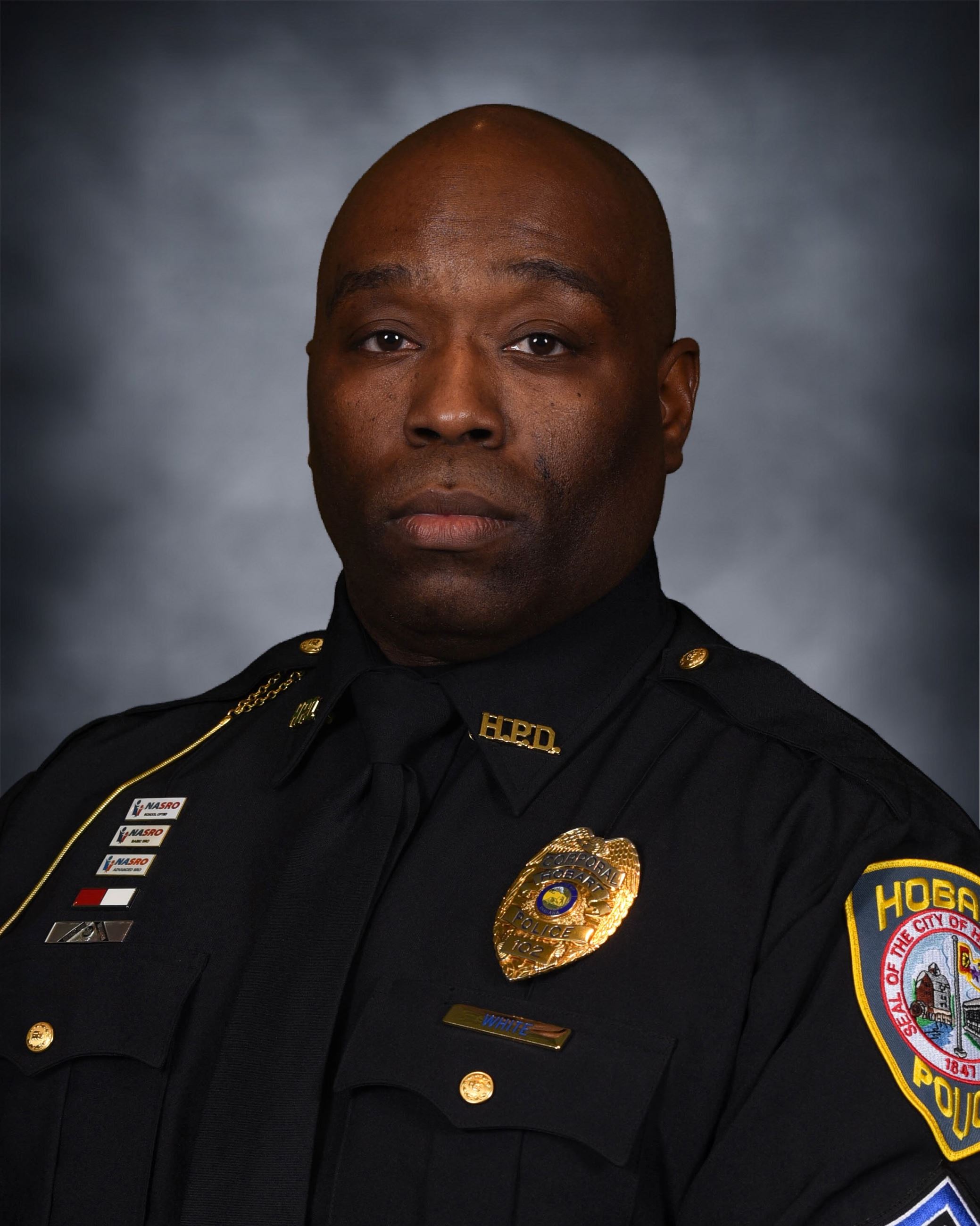 Sergeant Monte White is the most recent SRO being assigned in 2017. In addition to being a 13 year veteran of the Hobart Police Department he also serves as coordinator for the Police Department CAPS program. The CAPS program provides teens an opportunity to get together and have fun while engaging in sports. 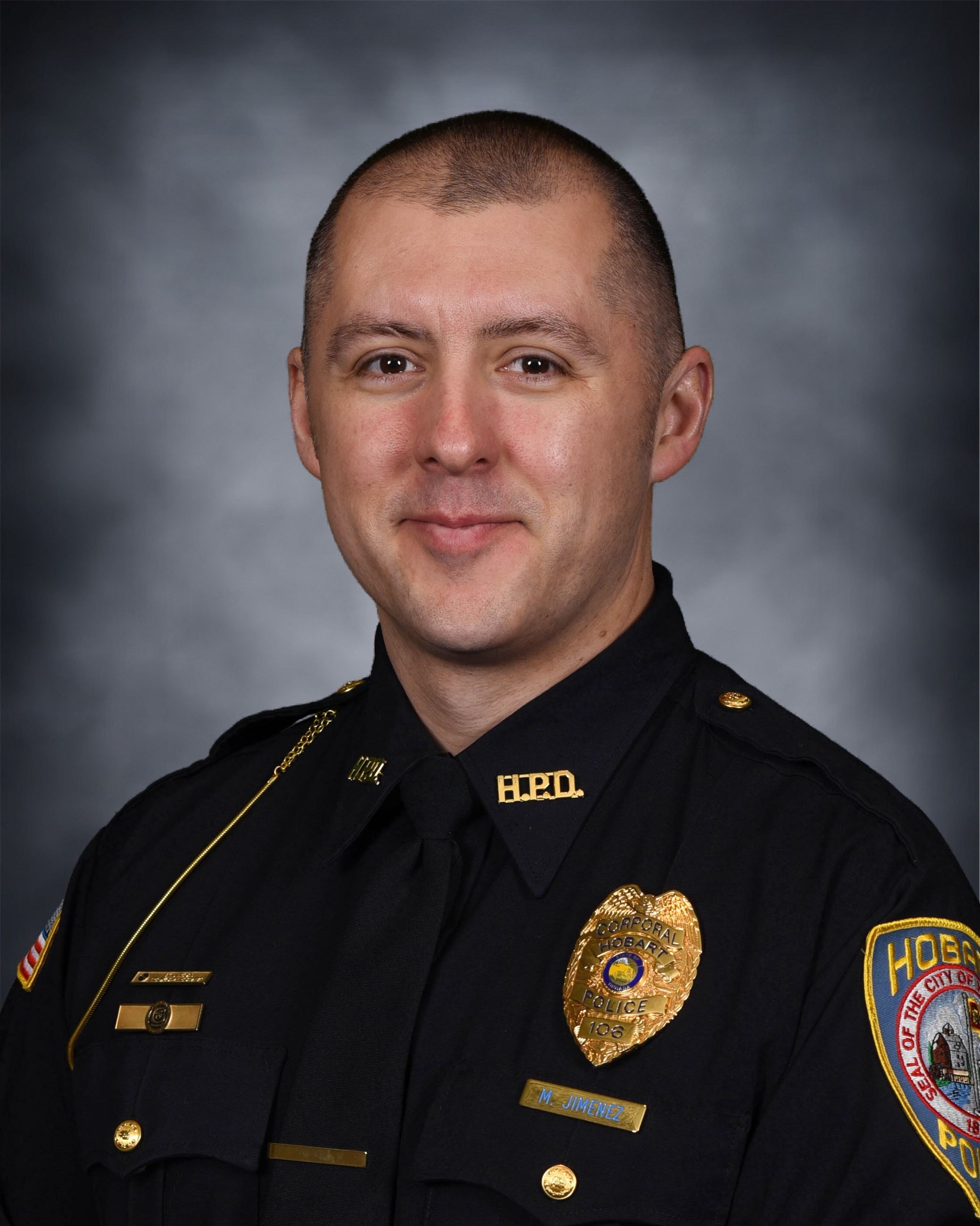 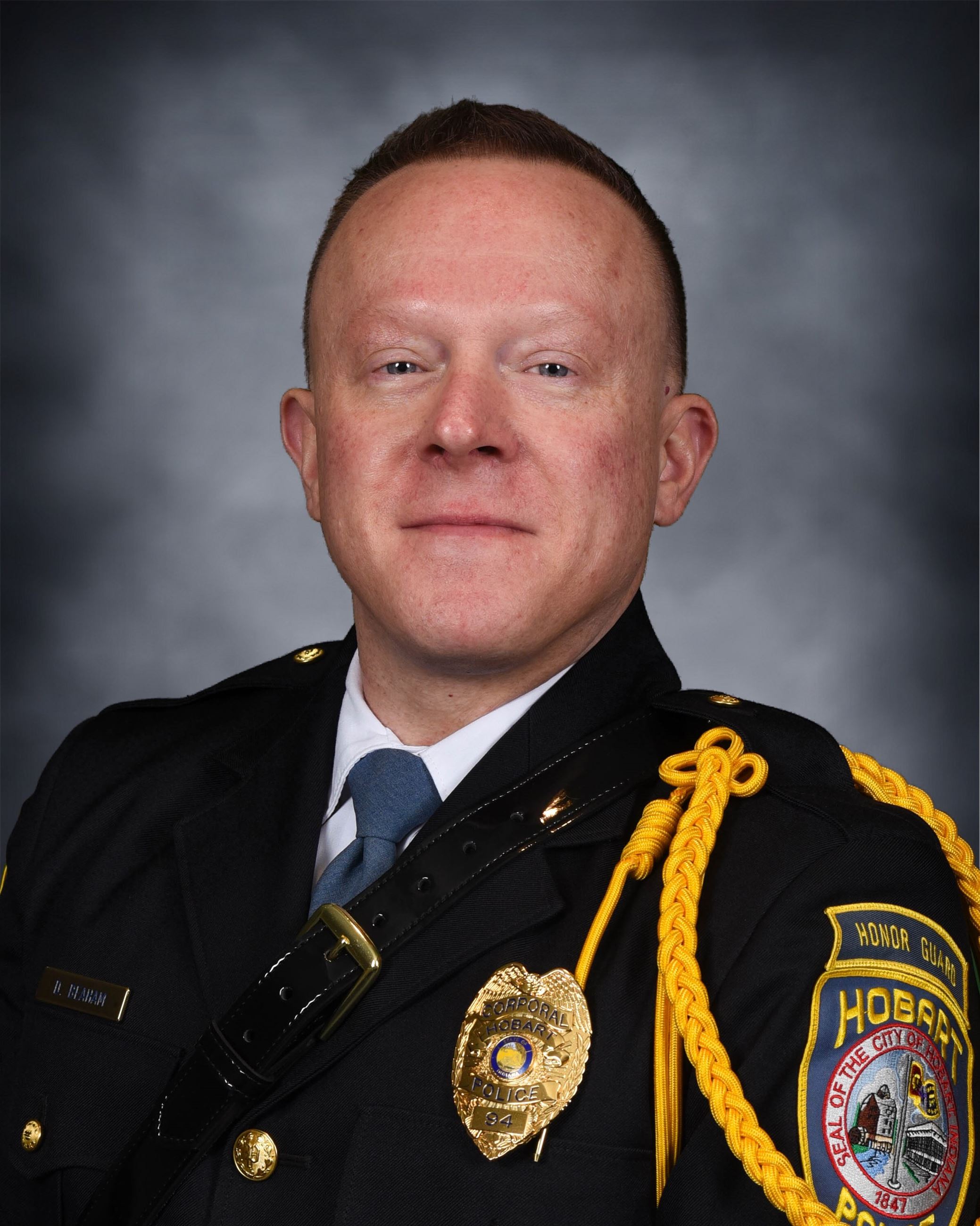 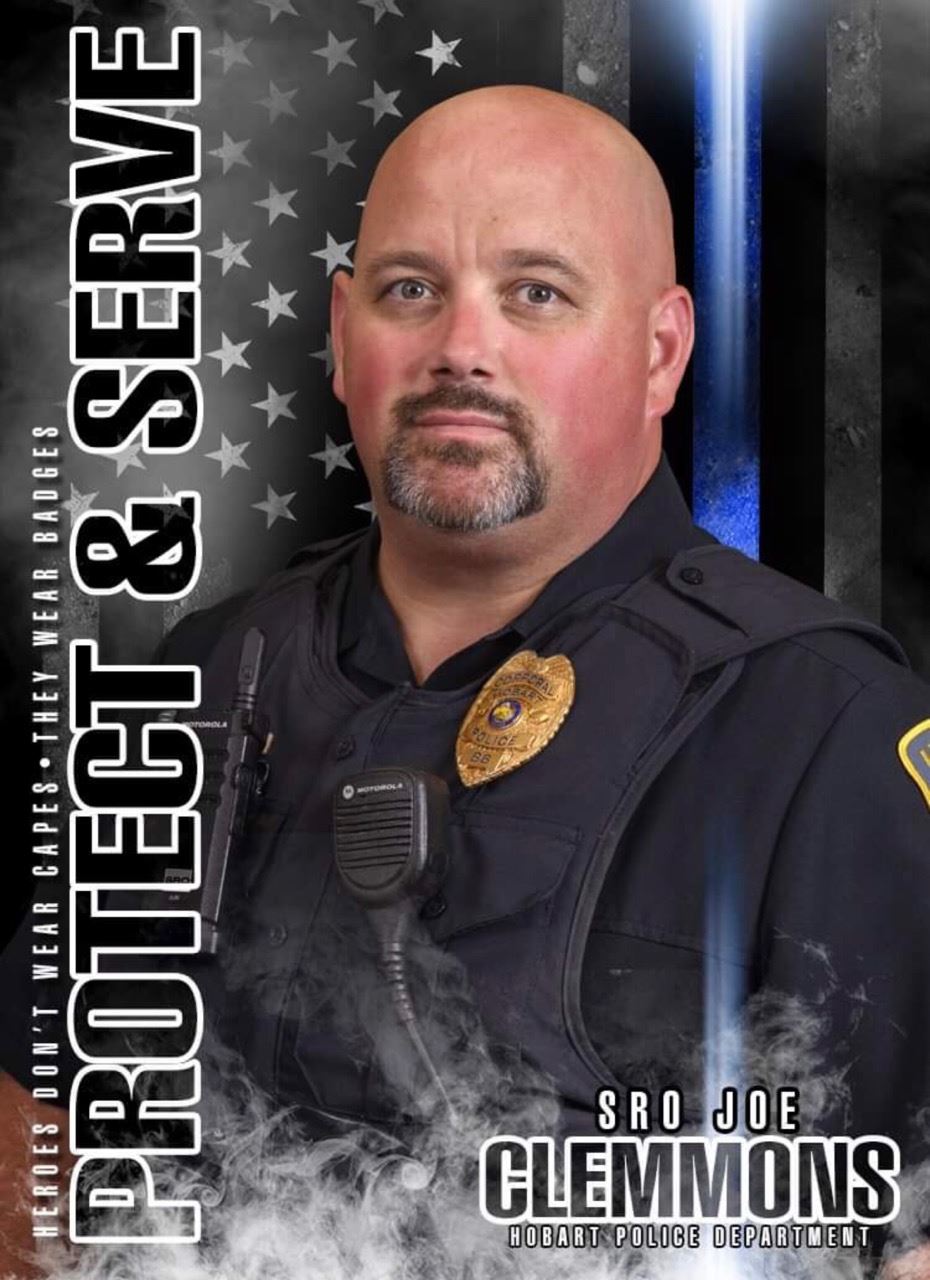 Cpl. Joe Clemmons is a 19 year veteran at the Hobart Police Department. Born and raised here, Cpl. Joe Clemmons was a member of the Hobart football 1993 State Championship team, and is a 1996 graduate.  After an Honorable discharge from the United States Navy in 2001, Cpl Clemmons was sworn in as a Hobart Police Officer.  Cpl. Clemmons previously served as SRO from 2010-2015 for the School City of Hobart where he received the first ever Indiana School Resource Officer of the year award.   During his time at the Hobart Police Department, Cpl. Clemmons has earned his Masters degree in Public Safety Administration, and a bachelors in Public Safety Management from Calumet College of St. Joseph with a GPA of 3.95.  Cpl. Clemmons is currently an elected official on the Hobart Township Board. 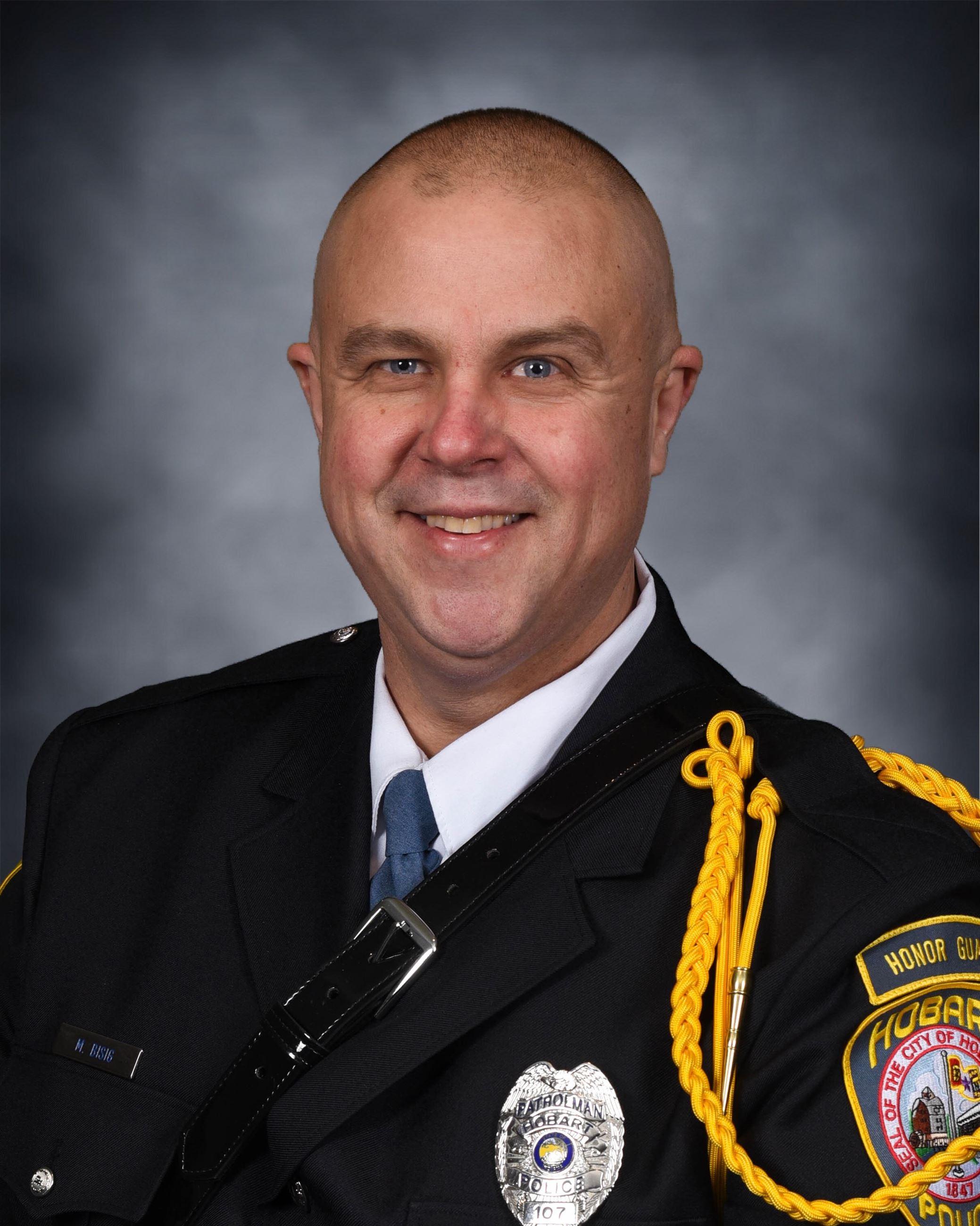 Officer Matt Bisig became a SRO for the School City of Hobart in 2019. Moreover, Officer Bisig became a police officer for the City of Hobart in 2007 and is graduate of the Northwest Indiana Law Enforcement Academy (NILEA). Officer Bisig is a member of the department’s Honor Guard. In 2018, Officer Bisig retired as a Major/O-4 from the Army/Army National Guard after 25+ years and is a veteran of both Operation Iraqi Freedom and Operation Enduring Freedom. Also, Officer Bisig is a graduate of the US Army Command General Staff College-ILE and holds a Bachelor of Arts Degree in Political Science/Criminal Justice. 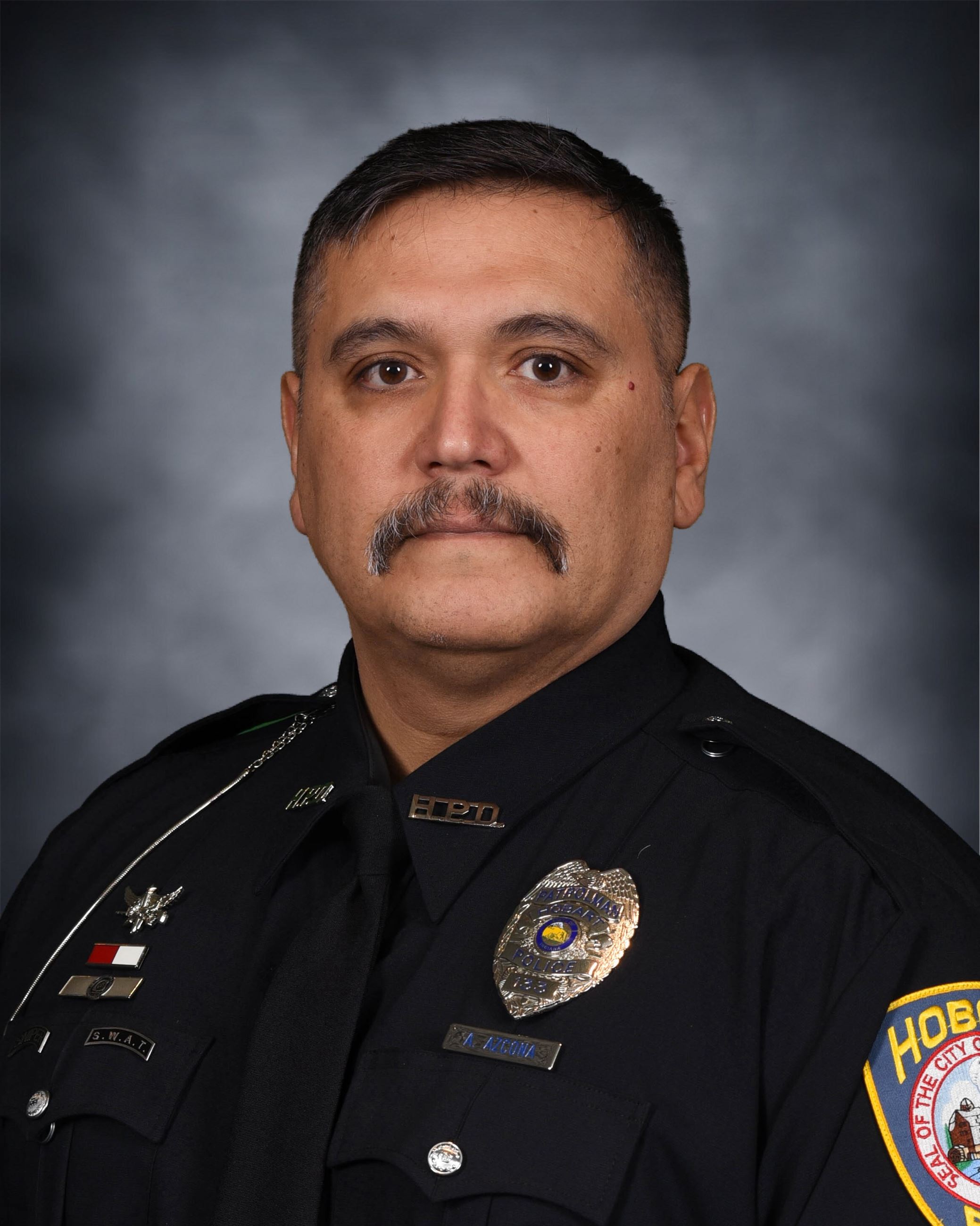 Officer Art Azcona has been assigned as Liberty SRO since 2018. He brings with him a total of 26yrs Law Enforcement experience and continued love for the job.

To maintain a clean, safe, secure, and uninterrupted learning environment for the students, staff, administration, and parents of School City of Hobart to provide concentrated assistance in implementing sound crime and violence reduction programs, including components of a safe school climate, community involvement, and building security and the fostering of cooperative relationships between Hobart Police Department and the School City of Hobart.

A school resource officer fills many different roles within his or her school:

For more information on our School Resource Officer Program view our SRO Brochure(PDF).